In this series I am looking at open source tools which exist in the file sync and file sharing space.

As a long time Dropbox user I am particularly interested in tools that provide additional features beyond dropbox, such as security, encryption, search, or just something I hadn’t thought of.

One thing that I really don’t use my Dropbox for, is storing photos. Photos from modern cameras are just too big, and for a while dropbox offered photosync of photos taken from any android. During that period my dropbox ballooned from 2 GB to 10 GB in a very short time. Pretty soon I turned that feature off and now I store my own photos on flickr and backed up to a local NAS share. However I’ve always kept an eye out for an alternative to flickr, and thought of Camlistore/Perkeep as having potential for that.

For the purposes of being a flickr replacement, at the time, Camlistore lacked image editing tools to compete with flickr, so I didn’t get further than a basic installation. But now I am going to give it another shot.

Camlistore has been around for at least 7 years, and it’s got a kind of solidity to it. However it’s definitely not for the non-technical and it’s lacking the sort of polish that would make it really useful for general deployment.

I was able to get it up and running in a fairly short time using the brief infos in the getting started section of the website. However beyond that I was a bit lost. It works very well as a tool to extract images from flickr and tweets from twitter.

It’s ui design seems to have changed little since the last time I looked at it, maybe 4 years ago. 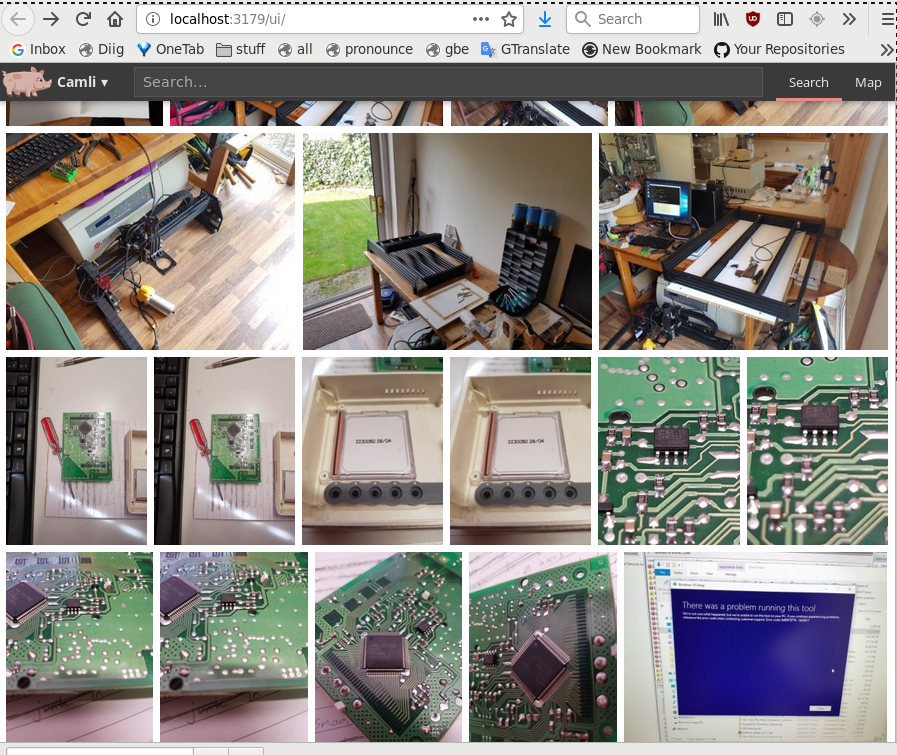 In terms of file sync, there is a tool pk-mount which appears to allow mounting the directory in the filesystem. Though the documentation is severely lacking

So the main issues with perkeep are that it needs a server to run the camlistored daemon, and the setup of that is not obvious for local isntallations. They have a tool for deploying to GCE and EC2; https://perkeep.org/cmd/pk-deploy/

Another problem is that the project seems fairly subdued. If I was going to commit to putting a lot of effort into migrating to perkeep, I’d want to see more activity and examples.

Supports file revision history. and as far as I can tell, it will have a copy of every version of the file perkeep has ever seen. So you won’t lose anything. However if you were going to use the mount similar to dropbox, this might not be scalable.